So yes, now we’re in Turkey it feels a breeze. We’ve been here many times, though not in this part of the country it has to be said. We even know a few words!

First job, fill up with diesel.Ha ha we know how to ask for that in Turkish & oh so clever I get the money out to pay. Guy looks at currency. No, no,   Lira ! I’d given him Euros. Smiles all round. Grub around in the purse again & hand over more notes. NO No ! Lira Lira! He’s stopped smiling. Why I’ve tried to pay in Thai Bhat I have no idea. Must sort out my currency.

Our aim was to reach Eceabet by late afternoon. A good 8 hour drive at least. The town is a district of Cannakale & crosses the Bosphorous. Only a half hour car ferry but removing the need to drive via Istanbul. We knew the ferry was around 4.30 pm so had to the hit the road hard!

Just for your information, Esceabet is the nearest town to the World War 1 campaign battlefields of 1915. The Battle of Gallipoli also know as the Dordonelles campaign was one of the greatest Ottoman victories, & was a major Allied failure. The battle defined Turkish history & laid the ground for the Turkish war of Independence & the founding of the Republic of Turkey under General Mustafa Kemel Ataturk who’s influence remains today.

We arrived at the ferry port with half an hour to spare & squeezed along the queue. Why do people in front stop to purchase tat from the road side  vendors holding up the entire queue? It appeared you bought your ticket from the kiosk just by the boat. ‘How much?’ I asked. ’38 Euros ‘ he replied. As we were searching for the money he smiling told us it was actually 15! We would have paid it! We were the last car on much to our relief. That’s like squeezing the last sardine into the tin in this situation but we didn’t care we were on, & no time wasted.

On the other side in Cannakale we were feeling excited. Listening the our Drive Time music & enjoying the ever changing scenery. We headed for Menemen then Izmir & it was a LONG way. What was noticable was the quality of the Turkish roads. Sorry friends & family, but one word. Starts with s & ends with t. We had encountered so many different roads en route, & none of them this bone shakery.

Once we’d reached Izmir it was getting dark & I was getting scared. A trip from Izmir in the past , back to the villa had taken us 7 hours instead of the usual 4 & I desperately wanted to get through & out of there. We made it though! Dark, rain, traffic, the lot, but once through we didn’t want to stop. We should have, but by then we felt so far yet so near, & we’d heard about Mikes back problem which turned out to be a prolapsed disc! He’d been lying on the floor for 4 days in agony & unable to do a thing, so we had a sense of urgency to get there .

Rick as the driver was fine. I know it sounds ridiculous to drive for so long, but he was alert & comfortable, not yawning, topped up with mars bars, & we didn’t feel like another stop over when we were so close, We arrived at the villa at 1.30 am after a 21 hour drive! 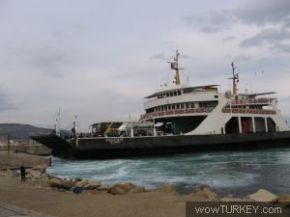 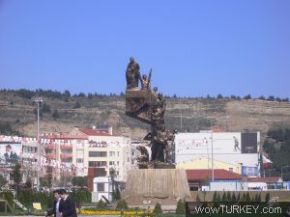 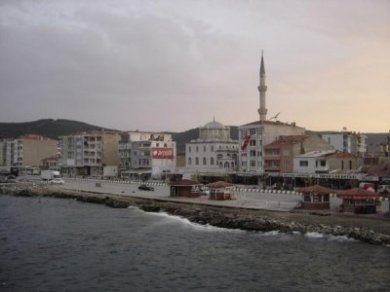